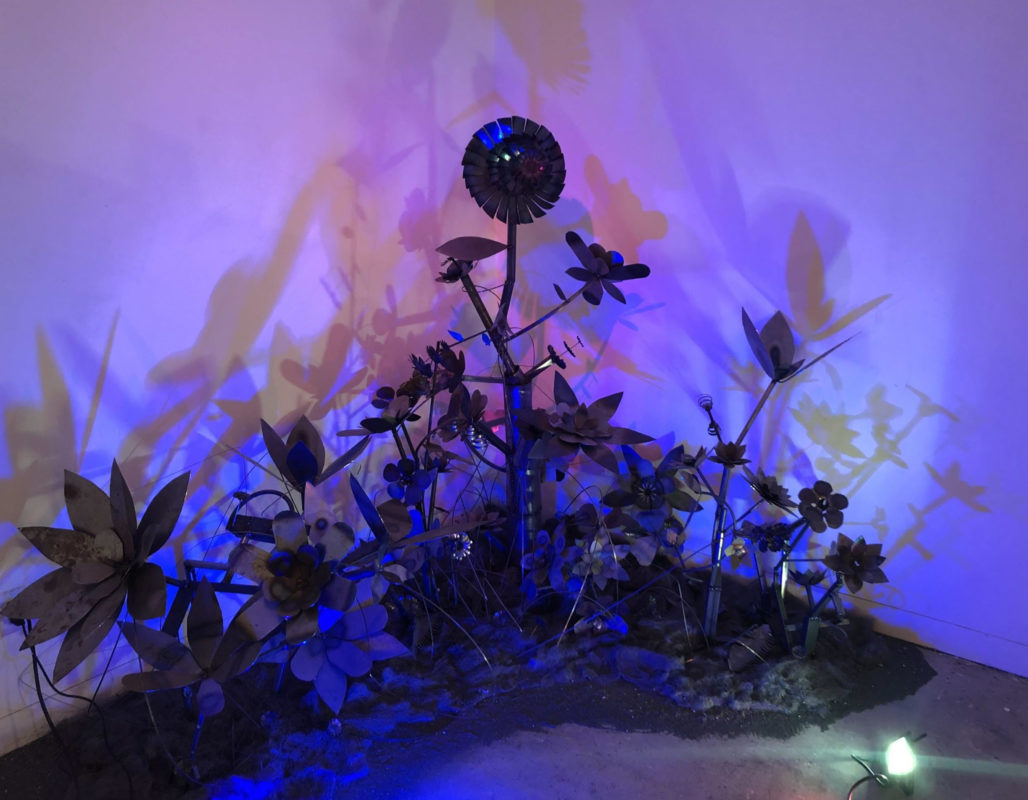 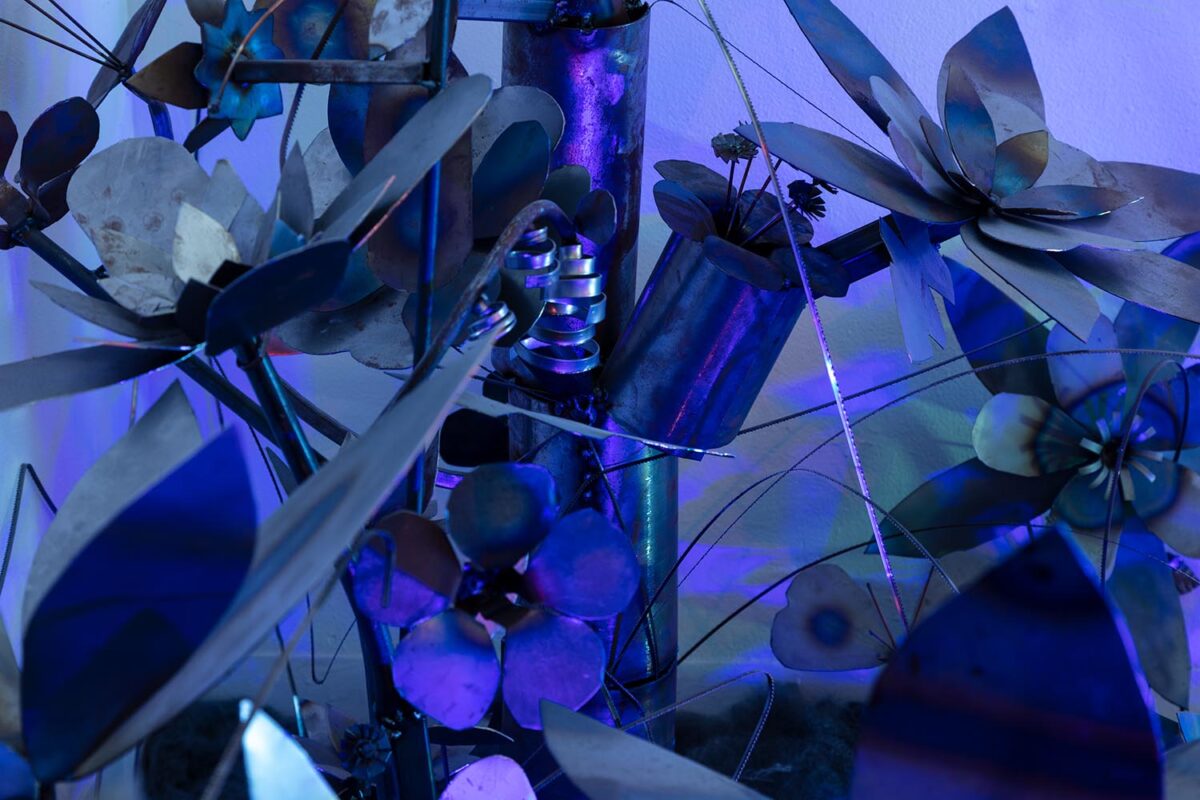 The relationship between the natural world and people’s perception of it informs the work of Hansel Hartman’s first semester. Ironically, Hartman’s concern for nature finds its expression as “steel” flowers. With steel he replicates the delicate forms of flowers, but in an almost armored way. His inspiration is the strange landscapes one might see in a Dr. Seuss book, or a Tim Burton film, or 20th century sci-fi. Hartman’s latest work is a film about hallucinations, which is a response to his sister’s “trip” through uncertainty brought on by a sudden loss of vision. He employs old family films, found footage, set design, puppetry, and animation to convey how his sister’s brain compensates for what she can no longer see. 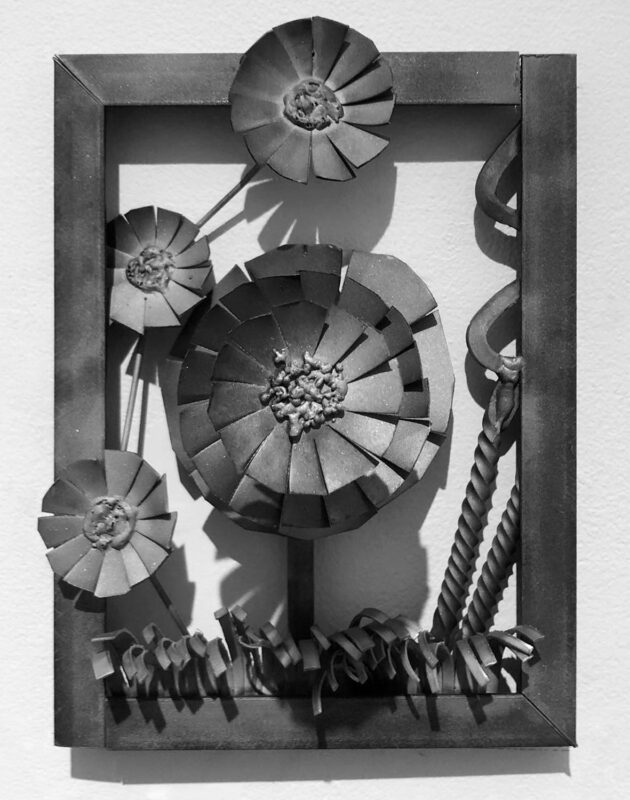 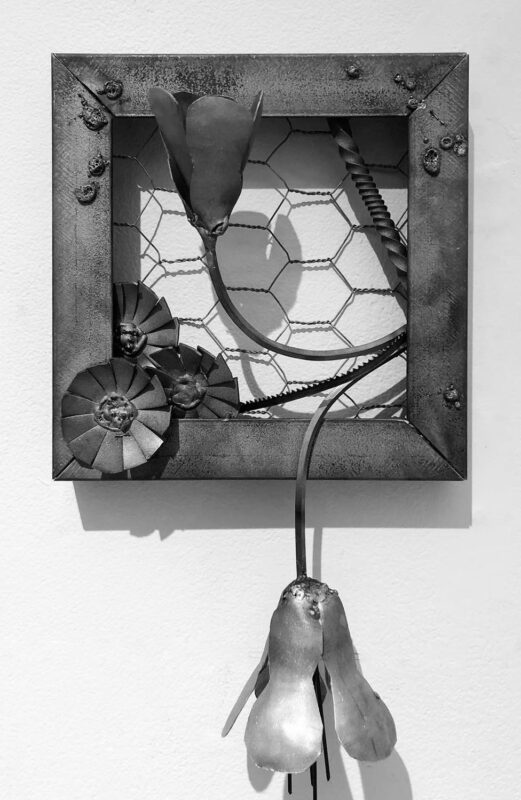 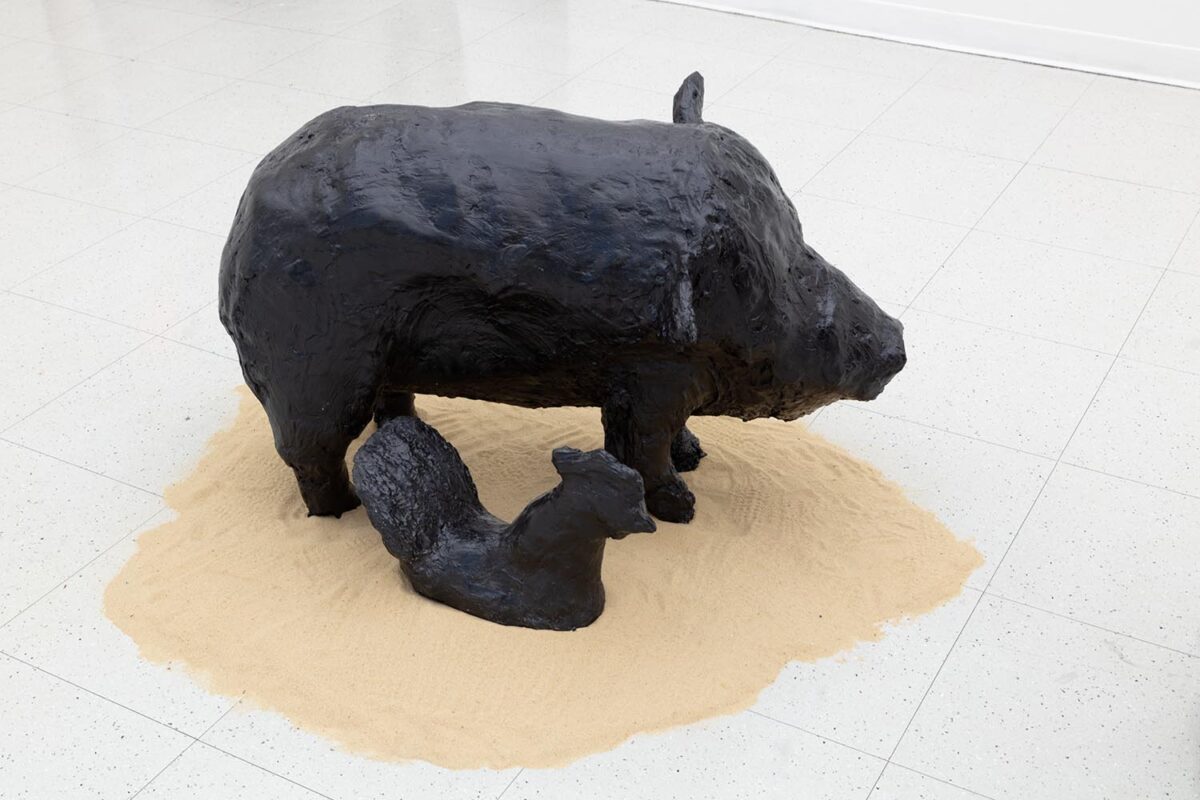 Cheyenne Haskins
View all Art
Back to top