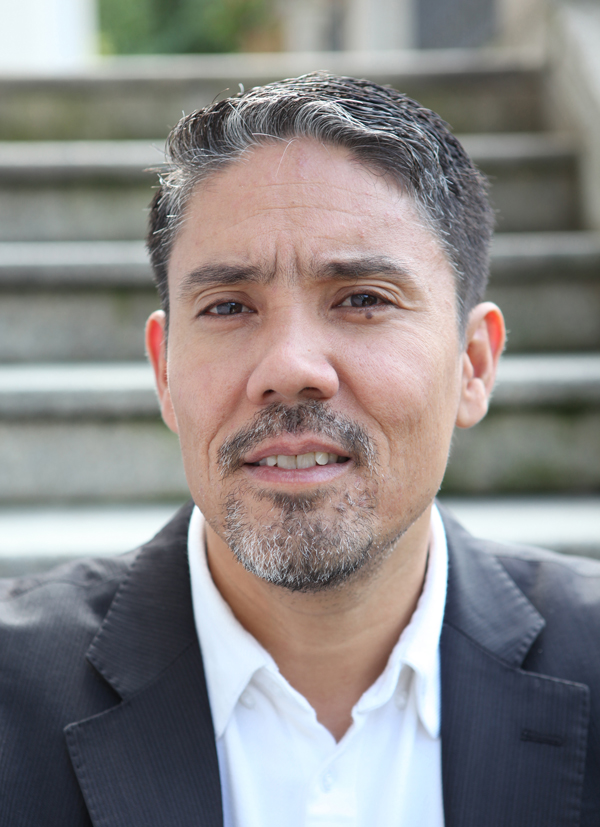 Paul Pfeiffer uses moving images, sound, sculptural objects, and architectural installations to explore how images shape our perceptions of ourselves and the world. Sampling footage from YouTube, Cable TV, movies, and mass media sports events for use as building blocks in his work, he interrogates the canonization of memory and history, as in a digitally erased Marilyn Monroe or ghostly image of Muhammad Ali fighting in the ring, asking viewers to question their own spectatorship and desire. Informed by, among others, Francis Bacon, Warhol, and the legacy of classical architecture, his large-scale pieces wrestle with notions of power, while miniature works evoke intimacy. In a recent colossal production, he recorded a hired crowd of 1,000 men to re-create the sounds of 100,000 fans cheering during a World Cup match. In all of his work, from a lush, sunrise and sunset shot, and shown, in real time, to a twenty-four hour a day, seventy-five day long piece, where New York commuters could watch a video of a nest full of eggs hatching and then growing into chickens, Pfeiffer is saying: pay attention. One critic summed up his body of work, “One can feel the deepening of love – and the holes left open by need.”

Yasmil Raymond
Back to top