Everything Else Opening Reception 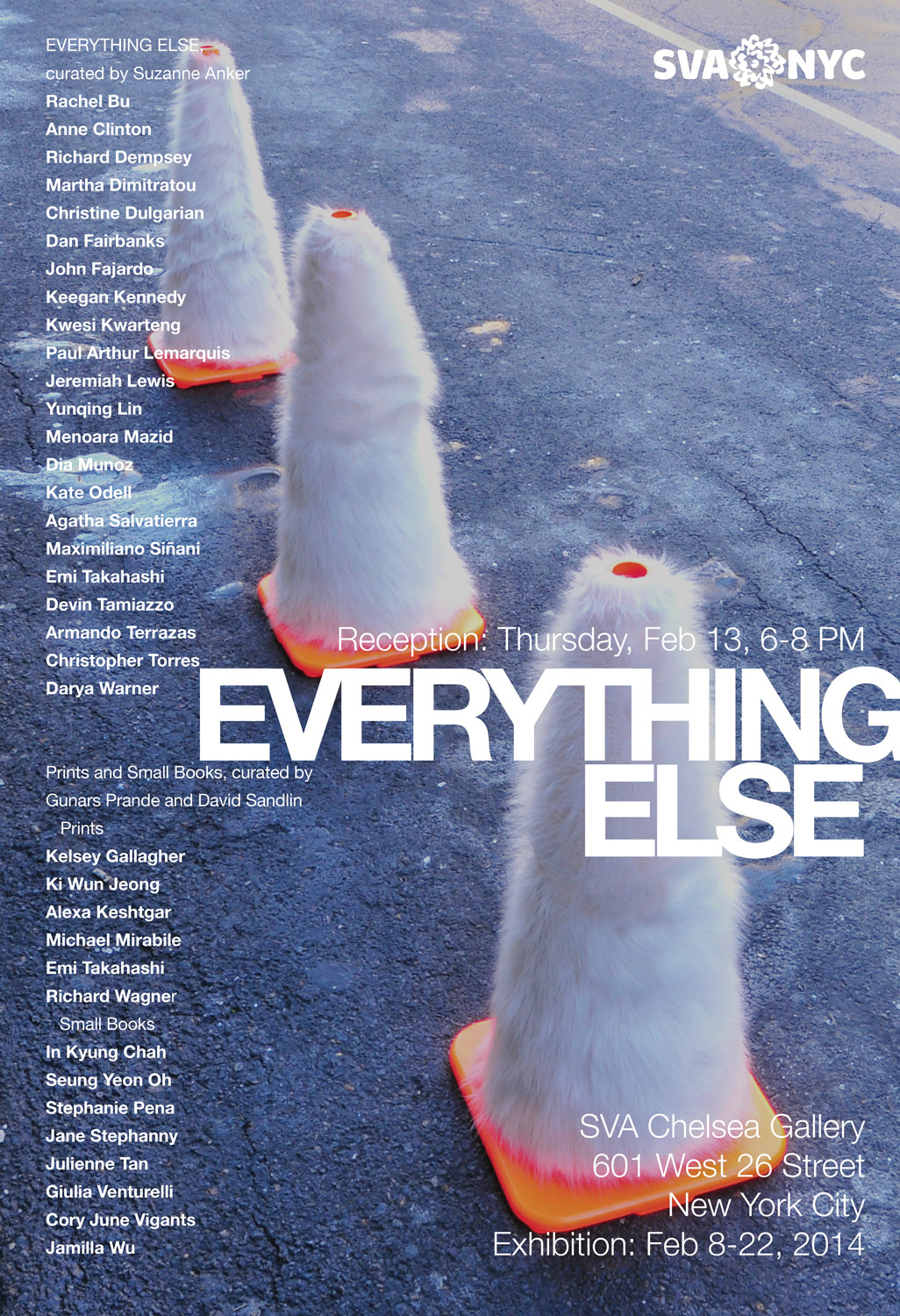 School of Visual Arts presents an exhibition of multimedia works by BFA Fine Arts students. Curated by department chair Suzanne Anker, “Everything Else” is on view February 8 through February 22 at the SVA Chelsea Gallery, 601 West 26th Street, New York City. Admission is free and open to the public.

“This exhibition of works by BFA Fine Arts students comments on the state of consumer culture, waste, the environment and cultural and global differences,” says Anker, “Many of the participating artists are not from the United States. The countries represented include Ghana, Russia, Greece, France, China, Korea, Peru, Ecuador and Bolivia. Other artists hail from such diverse states as Texas, New York, Pennsylvania, California, Michigan, North Carolina and Nevada. At a time when global perspectives have displaced many of the concerns of postmodernism, the emerging generation of artists use what is at hand. Whether found objects, street detritus or unorthodox materials, what is exclaimed here is the need for a future of sustainability and self-awareness. Plant life, portraiture and new media technologies round out the exhibition. Inheriting the overflow created by a postindustrial complex, what is in store for the next generation as it attempts to recover what has been lost?”