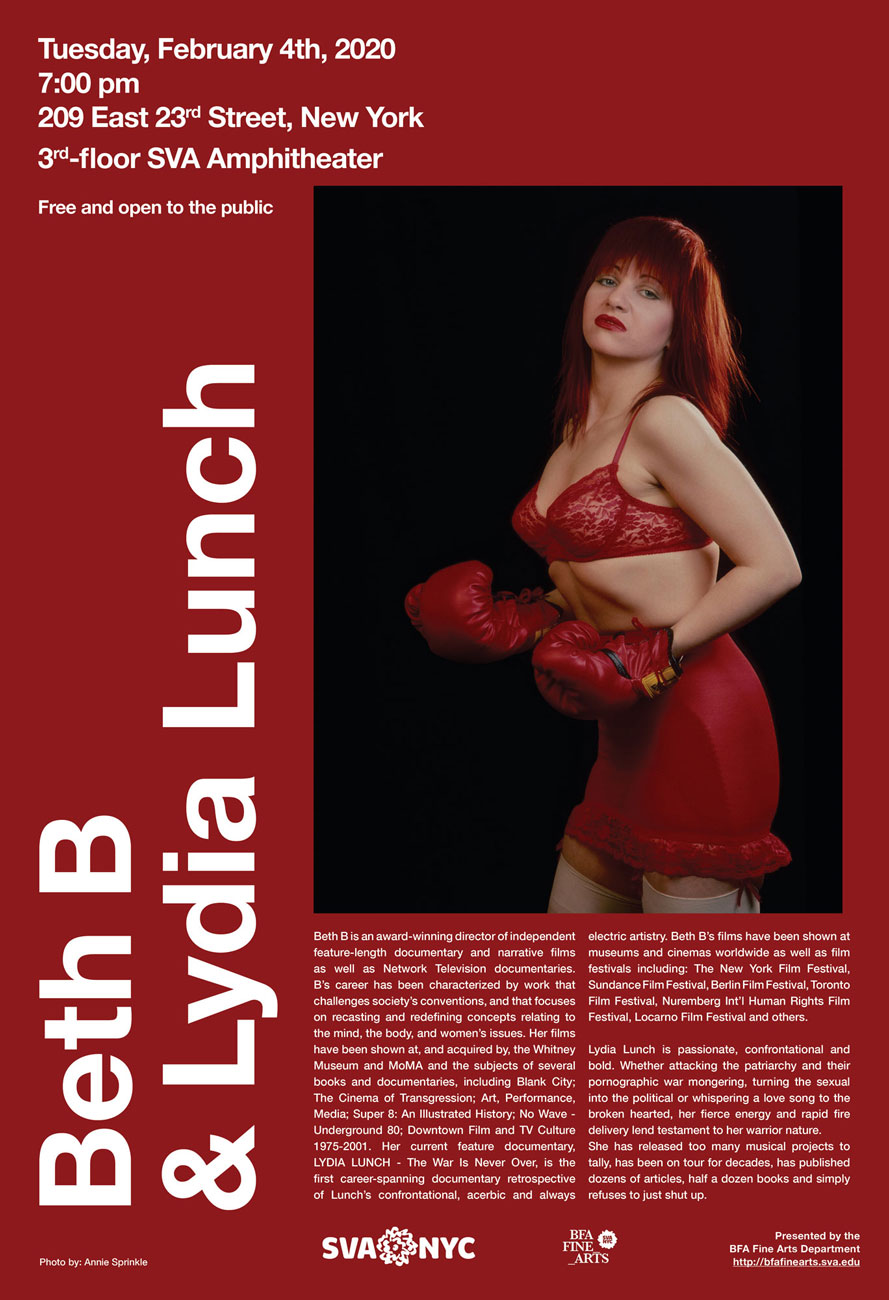 BFA Fine Arts presents faculty member, Beth B, in discussion with Lydia Lunch. B will discuss her 2019 documentary, The War Is Never Over, which covers the career of Lunch as a singer and artist.

Beth B is an award-winning director of independent, feature-length documentary and narrative films as well as network television documentaries. B’s career has been characterized by work that challenges society’s conventions and that focuses on recasting and redefining concepts relating to the mind, the body and women’s issues. Her films have been shown at and acquired by the Whitney Museum and The Museum of Modern Art and the subjects of several books and documentaries, including Blank City; The Cinema of Transgression; Art, Performance, Media; Super 8: An Illustrated History; No Wave – Underground 80; Downtown Film and TV Culture 1975-2001. Her current feature documentary, Lydia Lunch – The War Is Never Over, is the first career-spanning documentary retrospective of Lunch’s confrontational, acerbic and always electric artistry. Beth B’s films have been shown at museums and cinemas worldwide as well as film festivals, including The New York Film Festival, Sundance Film Festival, Berlin Film Festival, Toronto Film Festival, Nuremberg International Human Rights Film Festival, Locarno Film Festival and others.

Lydia Lunch is passionate, confrontational and bold. Whether attacking the patriarchy and their pornographic warmongering, turning the sexual into the political or whispering a love song to the broken hearted, her fierce energy and rapid fire delivery lend testament to her warrior nature. She has released too many musical projects to tally, has been on tour for decades, has published dozens of articles and half a dozen books and simply refuses to just shut up.