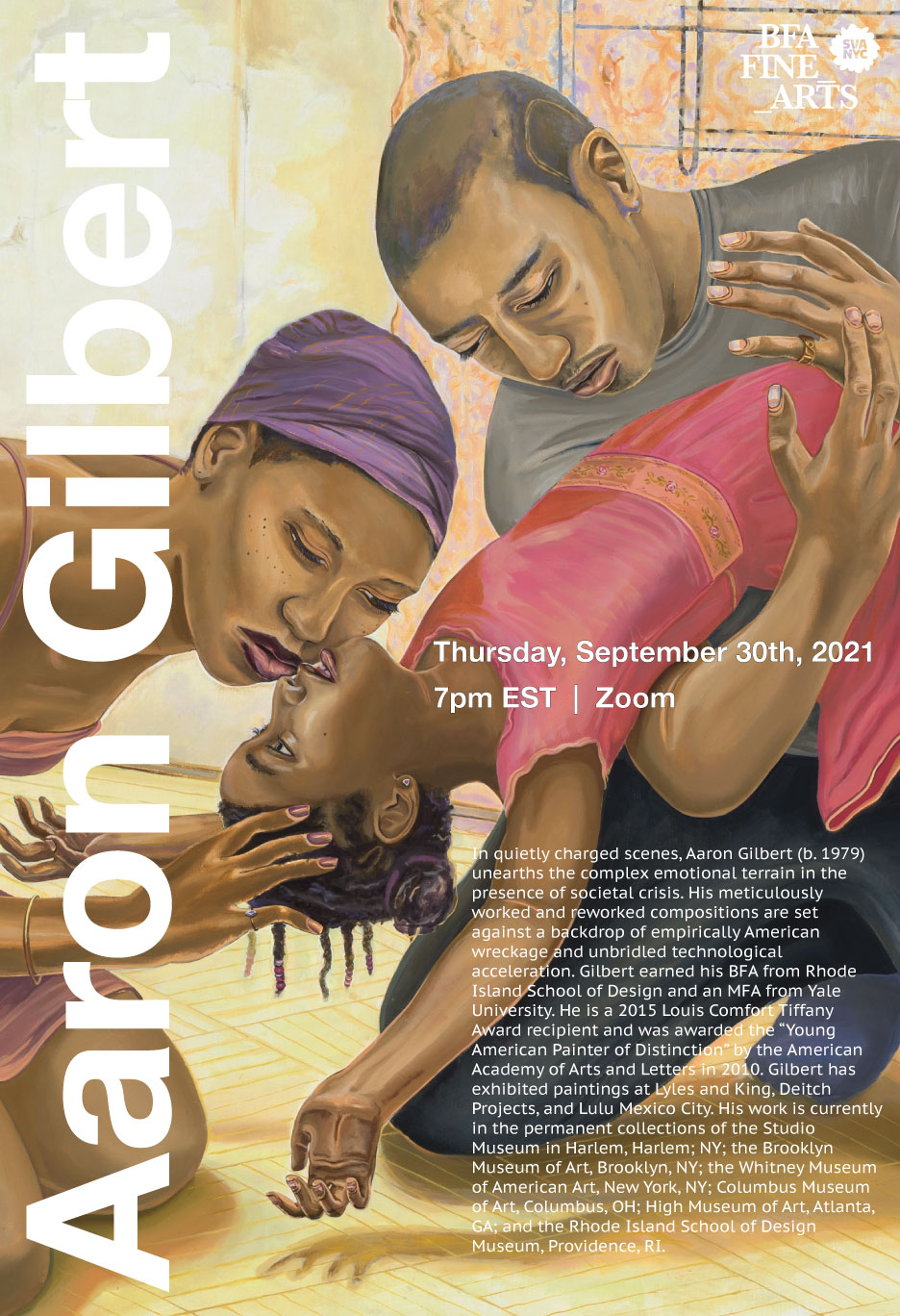 In quietly charged scenes, Aaron Gilbert (b. 1979) unearths the complex emotional terrain in the presence of societal crisis. His meticulously worked and reworked compositions are set against a backdrop of empirically American wreckage and unbridled technological acceleration. Gilbert earned his BFA from Rhode Island School of Design and an MFA from Yale University. He is a 2015 Louis Comfort Tiffany Award recipient and was awarded the “Young American Painter of Distinction” by the American Academy of Arts and Letters in 2010. Gilbert has exhibited paintings at Lyles and King, Deitch Projects, and Lulu Mexico City. His work is currently in the permanent collections of the Studio Museum in Harlem, Harlem; NY; the Brooklyn Museum of Art, Brooklyn, NY; the Whitney Museum of American Art, New York, NY; Columbus Museum of Art, Columbus, OH; High Museum of Art, Atlanta, GA; and the Rhode Island School of Design Museum, Providence, RI.